“Starcraft 2 will be announced to the public on May 19th at the Blizzard Worldwide Invitation (WWI).

On April 25th, according to game company Blizzard Korea Entertainment, it is confirmed that they will announce Starcraft 2 demonstrating it with both vods and graphics. Furthermore, the developers of Starcraft 2 will be there, and have time to answer the questions.

Starcraft 2 is being developed in 3D and there will be new race and some specific changes to remaining races. Details of only minor parts will be released at WWI.

Blizzard invited more than hundreds broadcasting teams from around the world for this announcement. Prior to this very secret moment on May 19th, they will not release any information.

However, from the people who worked to blizzard, there is trusted word about this information. Person who recently retired from USA blizzard said there is development of Starcraft 2 and there will be announcement.

The chairman of Blizzard Korea said â€œwe cannot answer anything about Starcraft 2, we will have a new game on 19th so please come and find outâ€. He refused to answer if new game is starcraft 2.

The shout castor â€œUm Jae Kyungâ€ said â€œI expect it to be very balanced but have concerns regarding E-Sports, but I doubt there will be changes about E-sports in regards to Starcraft I. However, there will be most likely be another league for starcraft II and e-sports will be much bigger. Since Iâ€™m one of the gamers, Iâ€™m very excited about thisâ€. 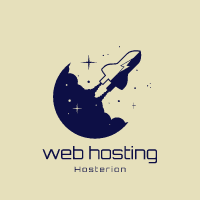